HR Manager: I Don't Need Big Data, I Have a Feeling

In this Forbes piece by Josh Bersin, he cites the Deloitte Human Capital Trends 2013 report to urge HR professionals to think like Economists when it comes to talent issues in their organizations. In other words, when thinking about how to address an organization's talent issues, an economist would look at talent as a supply and demand issue. An economist would proceed to solve any talent issues by tackling the demand side and/or the supply side of the issue. 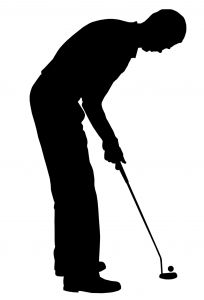 Economists are also data driven (as are most scientists) in that they prefer to make decisions based on the presence of evidence. In this case, an HR  manager would say, "Before we spend all this money on conflict management training, let's find out specific negative effects in the organization of this 'so-called' poor conflict management."

Instead, most managers say, "I just had two managers in my office yesterday complaining about how their people don't know how to get along. We really need conflict management training around here."

This reminds me of the recent announcement by the United States Golf Association that they will ban belly putters. I am only a mild golf fan, but when I read the reason for the ban, I winced. Golf Traditionalists think like HR professionals (and not like economists).

Here are the two reasons that USGA president, Glen Nager, gave for the belly putter ban:

Intentionally securing one end of the club against the body, and creating a point of physical attachment around which the club is swung, is a substantial departure from that traditional free swing.

Anchoring creates potential advantages, such as making the stroke simpler and more repeatable, restricting the movement and rotation of the hands, arms and clubface, creating a fixed pivot point and creating extra support and stability that may diminish the effects of nerves and pressure.

OK, reason number one is fine with me. As far as I am concerned, anyone can have any reason they want for making a decision. If the USGA wants to make a rule that says that the club, any club, must be swung freely, then fine with me.

It is reason number two that I have a problem with; specifically the part that reads, "anchoring creates potential advantages."

First of all, what is wrong with creating advantages. I can create an advantage for myself by practicing more hours that you or by being more fit or by hiring a better coach or because I grew up living on a golf course in Arizona with rich parents and private lessons my entire life.  Should the USGA ban rich parents because they create potential advantages?

Second of all, the USGA does not say that a belly putter actually creates advantages, just that it might? It might? Maybe? Who knows, but that's just our guess?

Really? That's your argument?
What bothers me is that the USGA can choose to know precisely whether a belly putter creates advantages for a player. And it has all the data it needs that a college freshman math major could tell you exactly whether there is an advantage. And they could do it on a Google Spreadsheet for free.

If the data shows that golfers who use belly putters make (statistically) significantly fewer puts per round than golfers who swing their putters freely, then we could conclude (with reasonable confidence) that belly putters create an advantage.

But the story gets worse. The USGA president goes on to say that:

What matters here is whether, by diminishing obstacles inherent in the traditional stroke, anchoring may advantage some players at other times. Statistics are not necessary to resolve that issue.

Sounds like an HR manager to me. "We don't need to look at employee complaint data to know that we need conflict management training."

I think the USGA president should just say, "You know they say, 'there are only three kinds of lies: lies, damn lies, and statistics.' so we're going with our gut on this one."